Entrepreneurship is like marriage, be deliberate about your choice 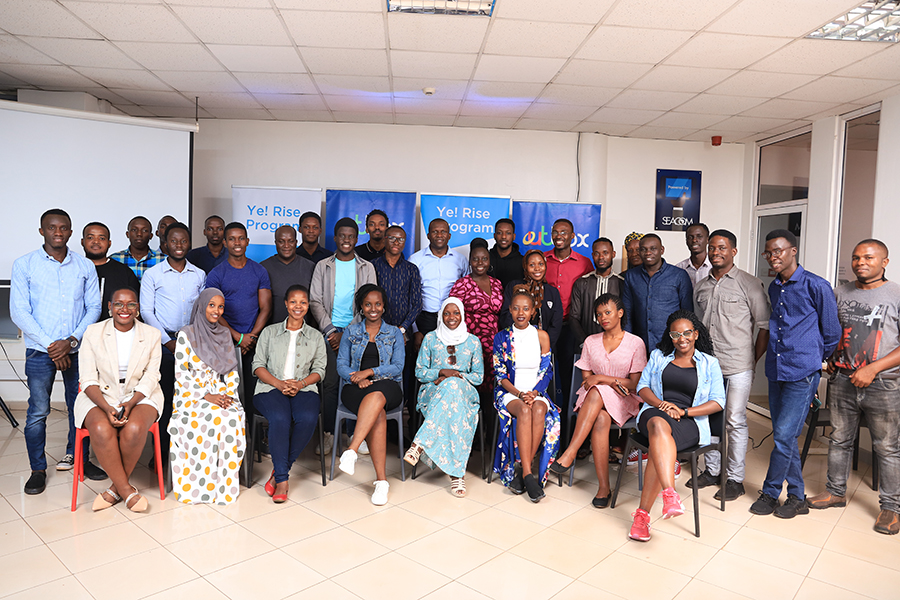 The first-ever fun-filled Ye! Rise Night saw Noah Infectious, bring down the curtain that evening after thrilling the audience with his honeyed voice whence sending them out into the Friday Kampala traffic jam.

But before that, the room was filled with smiles and the smell of pizza as entrepreneurs chatted away, exchanging ideas and business cards as the Ye! Rise Uganda Community Ambassador, Aisha Ali and Bob Ogwang, Venture Development Associate at Outbox took them through a seemingly short evening that left many yearning for more. 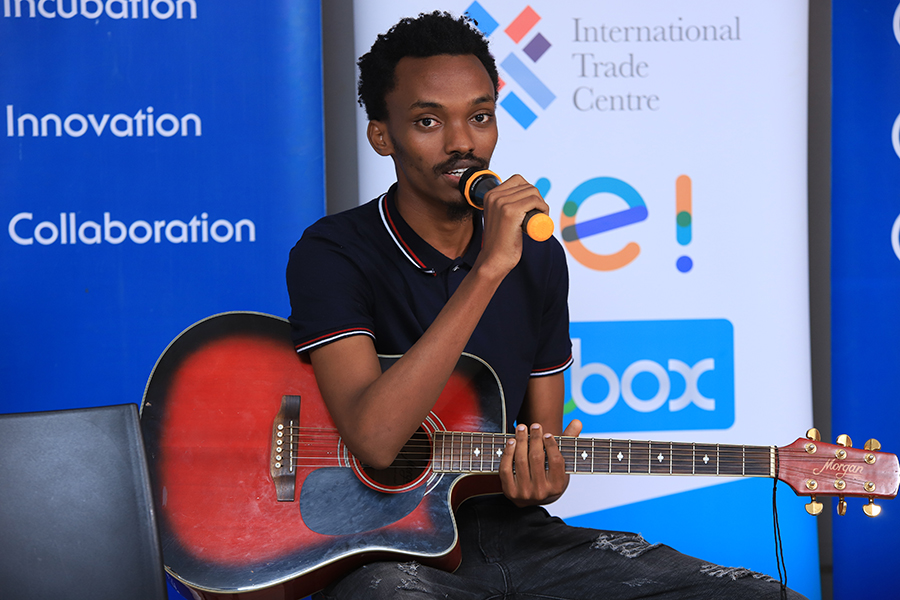 "As the leading HUB in the country, we're delighted to have hosted the inaugural Ye! Rise Night. This being a quarterly event, we'll be bringing together key eco-system players ranging from investors, business mentors, business leaders, policy and thought leaders to mention but a few, to inspire and support the next generation of entrepreneurs," said Bob Ogwang. 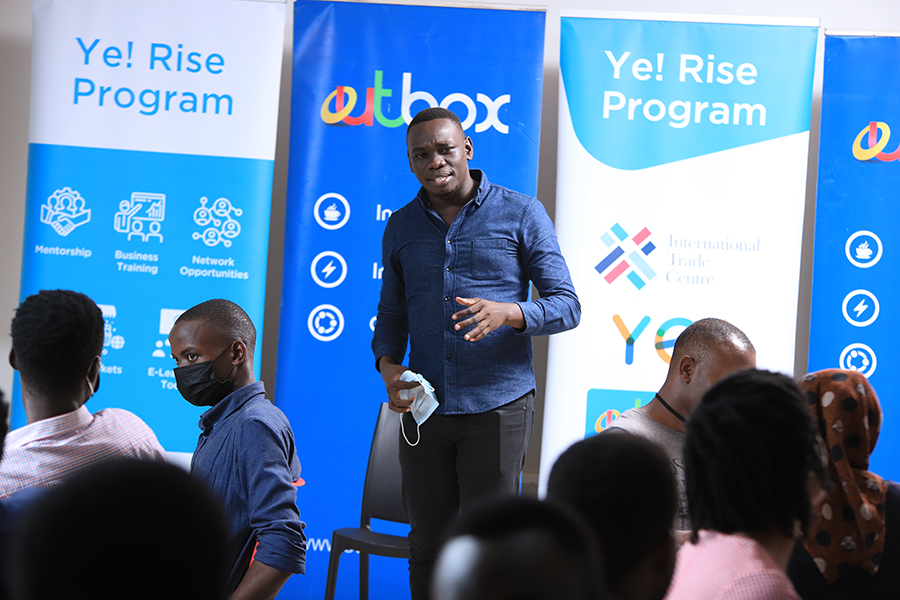 Mutabazi advised entrepreneurs at the Ye! Rise Night to look for ideas and solutions that can solve challenges, but first, by looking at their environments and availability of resources. In addition, he also called on attendees to build their own capital to solve problems without looking elsewhere for funding.

The founder at Charge Ko Technologies who started his first business selling software and video games at the age of 14 and has since launched and run various businesses believes that owners should realise which fights they can take on in terms of business startups.

“Entrepreneurs should live in the future and realistically create what is missing.” 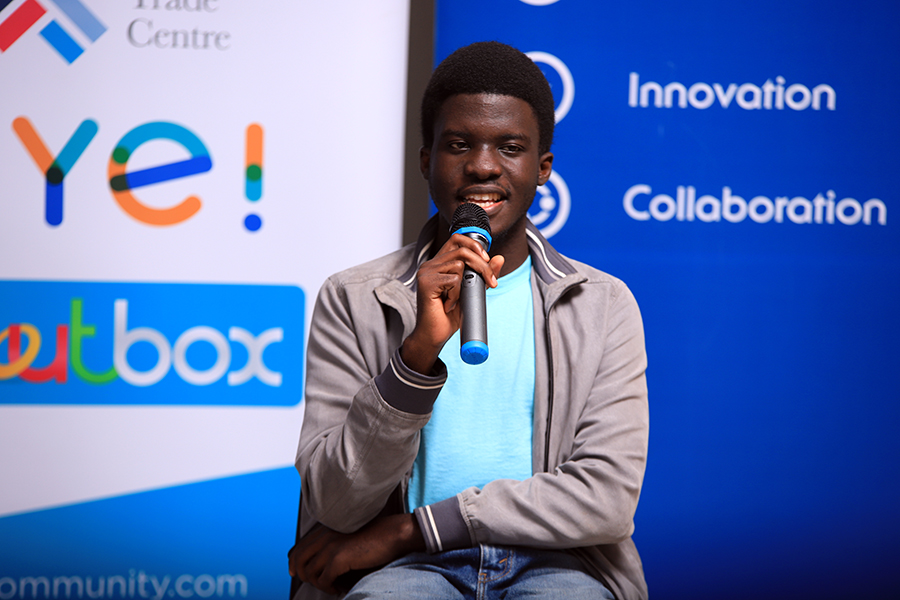 On relevance for social capital as asked by the Ye! Rise Ambassador Uganda, Mutabazi cited a story about his father, whom he always watched send out seasons greetings during Christmas Holidays. This built a basis for Mutabazi to take his networks seriously. Something that also stood out was that he decided to build on the relationships that other people had created already.

“Your social capital is crucial to your growth as an entrepreneur,” Aisha advised entrepreneurs. 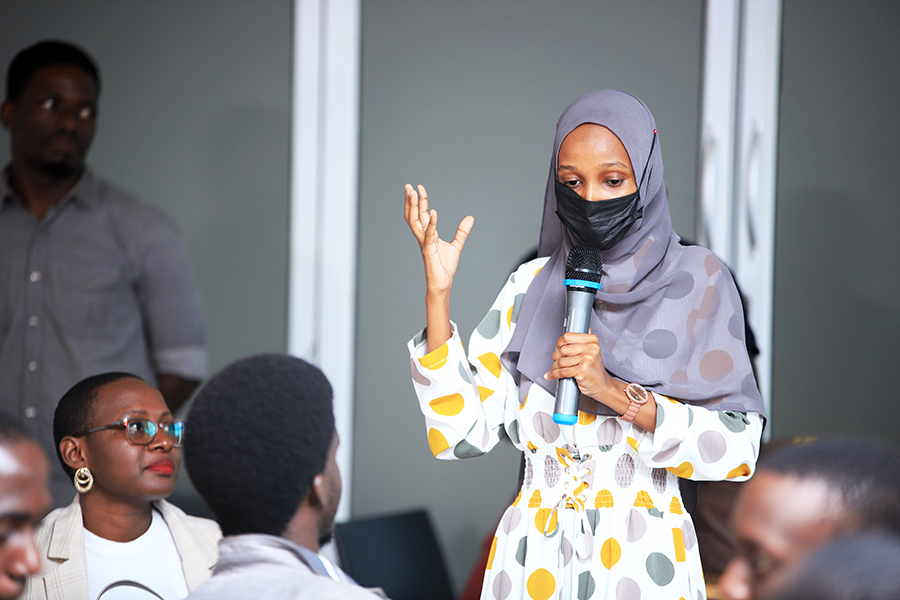 Still on social capital; “Scroll through and look at how many people have the ability to give you UGX 1 million, if you can't get one, then you're having the wrong network. Get out and look for new people!” commanded Moses Rutahigwa, Head Consumer, Private & Business Banking at Standard Chartered Bank Uganda. 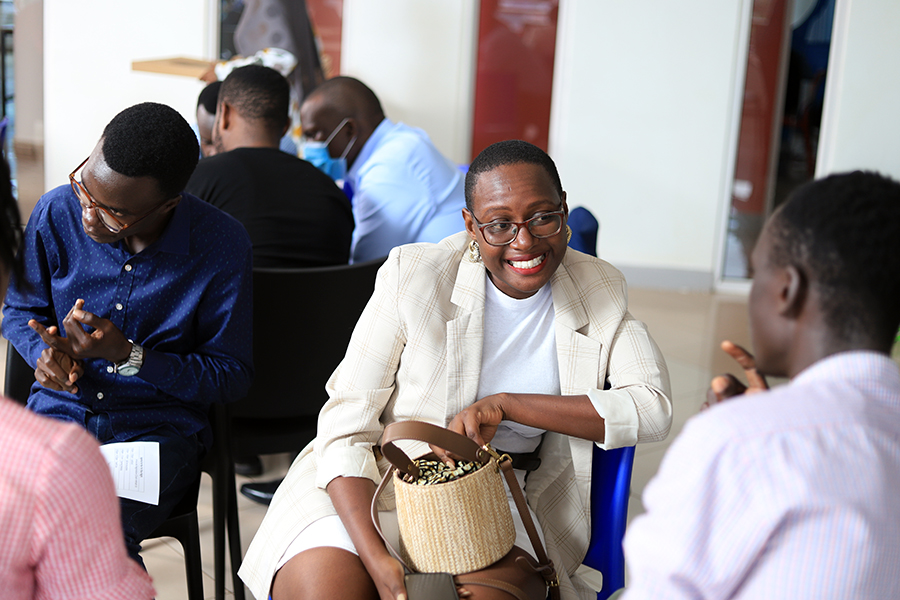 Back in the day, parents, according to Tukahirwa Maurine, used to engage their households in farming activities as a form of punishment.

The now big Irish potato farmer and supplier, hated farming as she was growing up, but little did she know that it would be a light to her future.

The “Social Entrepreneur” searched for a job for many years after completing her studies at the university. In vain, she told us about the financial discipline that comes with being an entrepreneur. 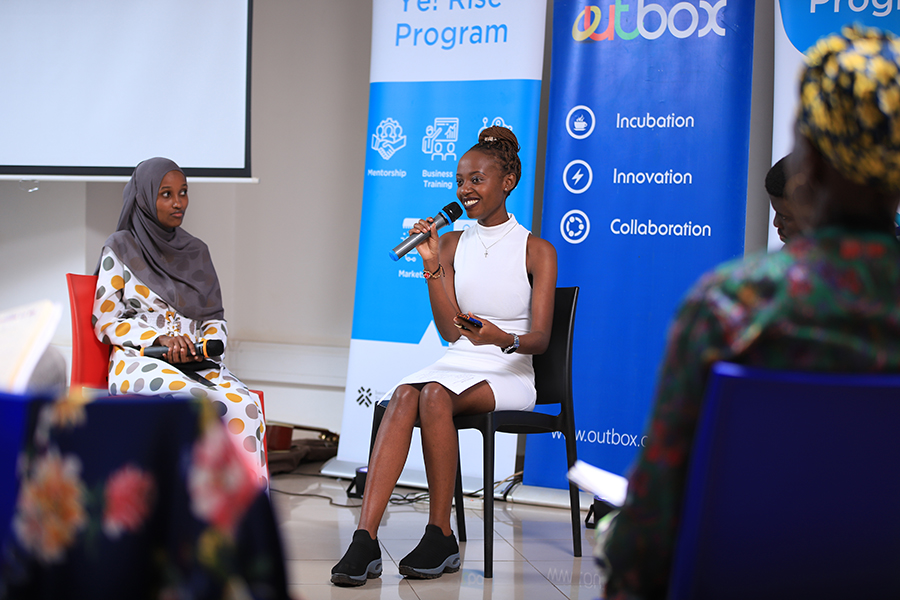 “One way to grow in the entrepreneurship space is by prioritizing and doing right by one’s source of income, in addition to keeping records.”

“If you are passionate about solutions that are addressing challenges in your community, it is so fulfilling to see the value addition that you’re adding to society, which should keep you going,” said Maurine.

In Case you thought your idea didn't matter, Moses Rutahigwa, re-echoed to us that night that while some might have multiple ones, we all have an idea, making us all business people.

The Head Consumer, Private & Business Banking at Standard Chartered Bank Uganda connoted that for banks to give money to entrepreneurs, they always assess the market and risks that are involved in the process.

Also, banks give small amounts of money to gauge how one behaves, thereafter, they will progressively grow with you if you qualify.

“Opportunities are everywhere, but before you invest capital somewhere, can your idea be scalable and commercialised!” wondered Rutahigwa. 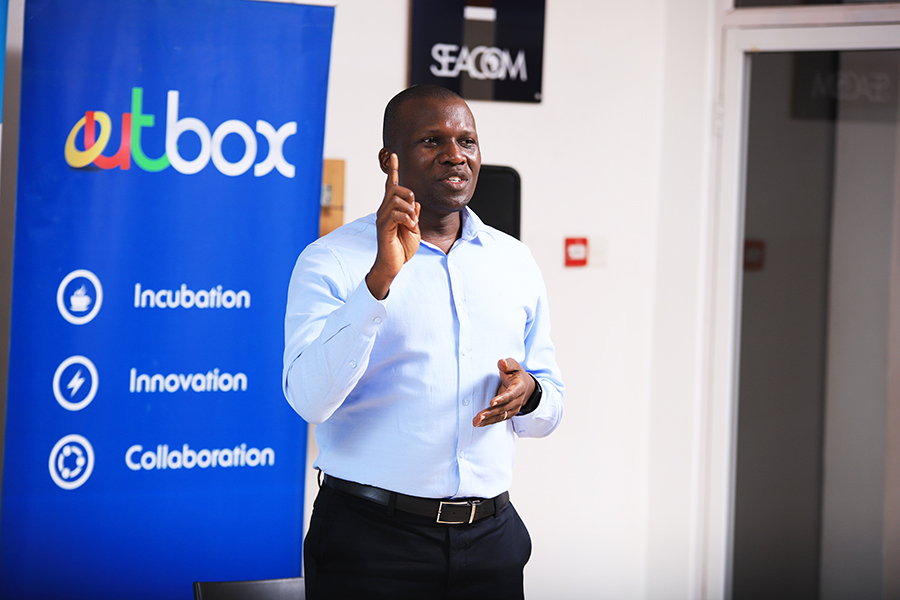 He challenged entrepreneurs to desist from borrowing money to start a business, for some might not be able to survive even after the starting phase.

Before they can support your business, most banks request evidence for business survival, of about three (3) years, proper documentation, as well as proper record keeping, and a financial trail of your business.

The challenge with most business is the lack of record-keeping and accountability of how they have spent the funding that they were given.

“Do you know who you are? Most times, people will buy you first before they buy your business, which explains why you must always try as much as you can, to look like your business.” 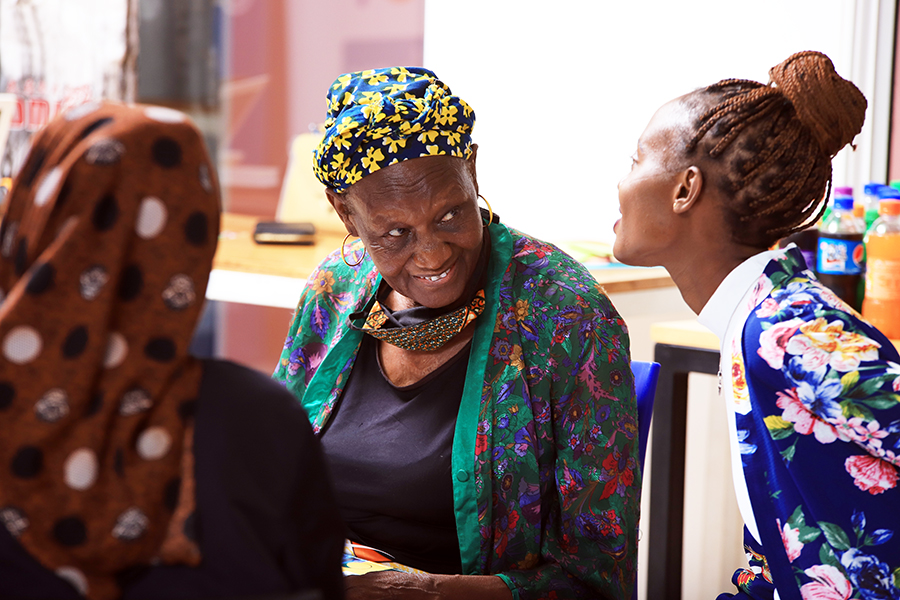 According to Rutahigwa, once you know who you are, your business will have you awake all the time, thinking about how to better it. He re-echoed that entrepreneurs must make it their passion to see to it that their businesses mirror who they are.

“If you want to do something, you will be deliberate and do whatever it takes. Stop making excuses and get out of your comfort zone and go network,” advised Rutahigwa.

“First things first. As an entrepreneur, can you provide, pay rent and take care of yourself?” asked Livingstone Mukasa, the CEO/Co-Founder of Four One Financial Services Limited. 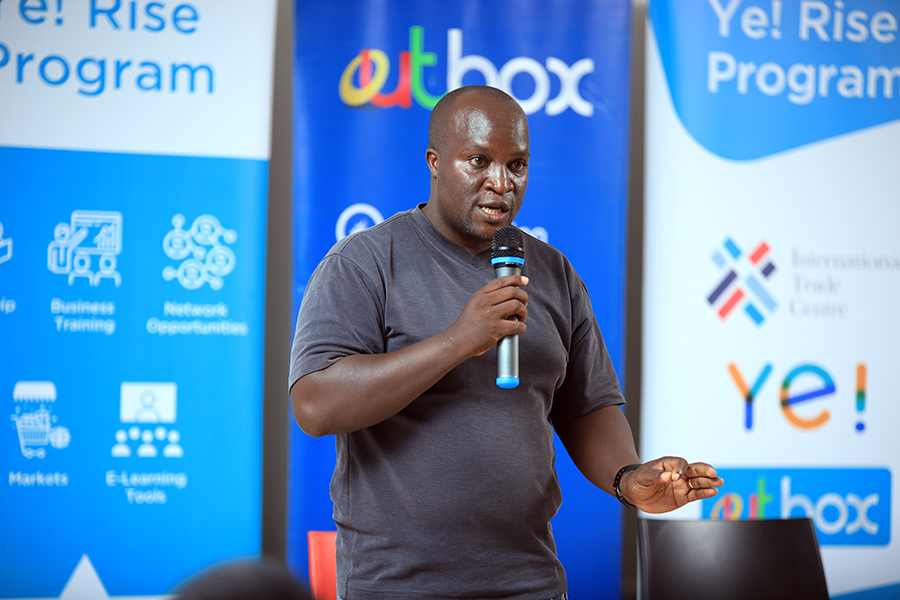 He mooted that everyone is planning for money in their pockets in the business world, where we lack people who plan for money in other people's pockets. It's time to go for big ideas.

“The system should be able to trust you to scale because it means that you’re solving a problem for many people.”

He pointed out several issues being faced by startups, one being that the market doesn't care whether or not startups are solving certain problems. For this, he advised startups to go on and solve problems that the market wants them to solve.

“The dichotomy of what you're solving and what the market wants you to solve have to align,” he said, adding that entrepreneurs should quit being excited and start charging real money because if people are not paying for your solution, they don’t need it. 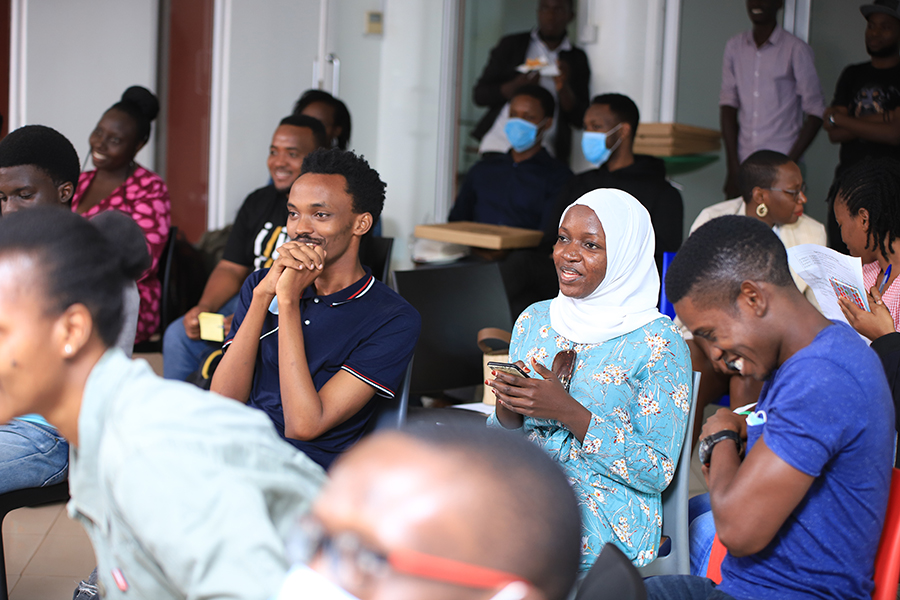 “Remember to charge enough. People like to pay people to stay in business. If I like the service that you are rendering, then I will pay for it so that you can stay in business for years on,” he advised.

The ‘chief hustler’ hates poverty with a passion, which is why he works hard enough with an end goal of giving poverty enough space.

“Establish competency in one area where people will know that you deliver well, and become one of the best in whatever it is.”

On social capital, Livingstone says the market has a lot of informality and that people will want to deal with friends. Friends in the space deal with each other, which is why you have to find your space in the formal and informal and connect the dots.

He also mentioned that in every business, owners have to pay school fees. What he meant was that you will learn from your mistakes, but pick ideas that make you sleep well at night, and drop those that give you sleepless nights. 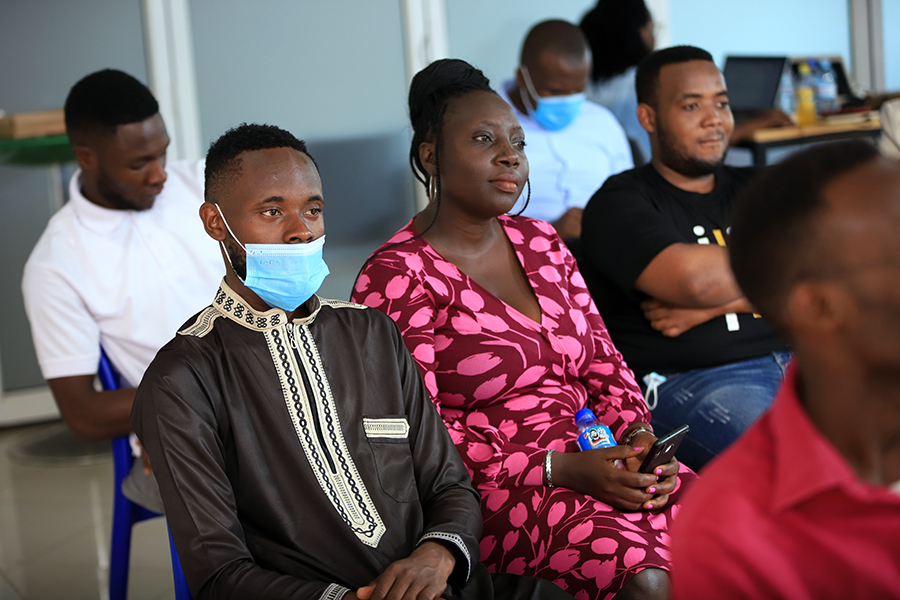 If I am a leader, I can purposely choose people to follow and believe in. The author of 2 books, investing for the future and another on how to survive after the covid pandemic, advised attendees of the Ye! Rise Night to create spaces where the public believes in what they are doing, and that they can listen to them.

“If people don't know who you are and what you stand for, they won't even allow you to speak to them,” he concluded.

INNOVATIVE TRENDS TO LOOK OUT FOR IN 2022

The Role Intermediaries Play In Creating an Enabling Environment for Innovation