“May be one day, I will fly and fix my own aircraft,” Joannah Nanjekye

She is either fixing code or an aircraft. Meet Joannah Nanjekye, an Aeronautical and Software Engineer with a passion for open source and sharing . Joannah also organises Rails Girls and Pyladies Kampala; both communities of women developers. 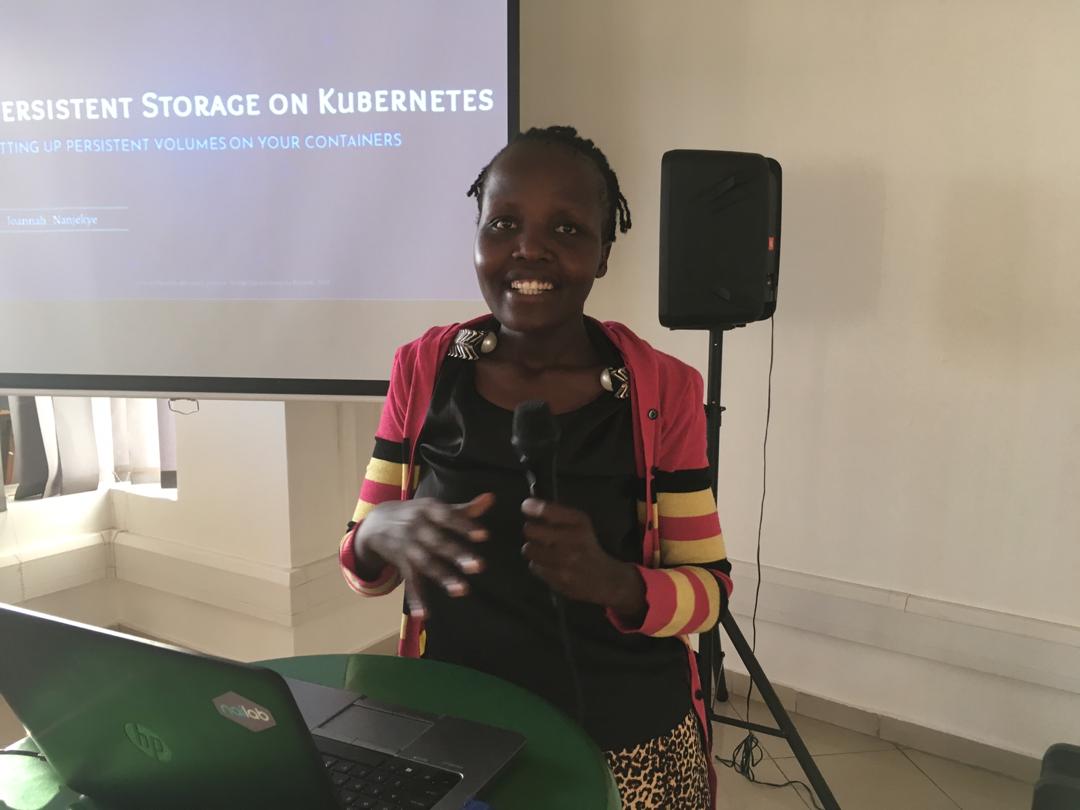 Joannah Nanjekye is a software and Aeronautical Engineer trained at Makerere University and Kenya Aeronautical College respectively. She currently organises Pyladies Kampala. She has held two programming positions at Laboremus Uganda and Fintech Uganda where she worked on banking software. She is also the author of a book “ Python 2 and 3 Compatibility” that is published by Apress and is authoring a second book on Python and Kubernetes.

She has a passion for open source and sharing with communities. Joannah organises Rails Girls Kampala and Pyladies Kampala in the hope that one day women are reasonably represented on the open source contribution map.

The community does this through monthly meetups discussing topics related to Python and open source.

Sighting the technical capacity need in the community, PyLadies also held a seven weeks ‘zero to hero’ program on introduction to Data Science with Python. According to Joannah, participants in this program were trained with hands on skills in topics from Introduction to Python and how to work with data sets.

“My dream for pyladies is for us to be the source of highest open source contributions from Africa. If we can achieve this, then I believe the representation of women and women of color in this case will be felt,” says Joannah.

Success stories:
PyLadies Kampala has registered remarkable successes in its first year of operation. More than 200 women have attended the activities run, the community now has over 40 active members on slack and whatsapp, there was more than 20 first time open source contributor pull requests in and after the open source sprint held in 2018 and there is now a team of eight members who graduated and are now mentoring others.

“I want to be remembered for emptying myself so someone can find an opportunity or answer to a problem. May be one day, I will fly and fix my own aircraft,” she says.

2019 plans:
This year, PyLadies has set out focus groups to participate in paid open source programs,  run the monthly meetups and a week long open source sprint in April, run a 5 weeks zero to hero workshop with parallel tracks on web and data science as well as give back by writing a beginner python book of about 100 pages, containing topics that the community feels beginners need to know when starting out of about 100 pages

“I didn't know I would reach a time where I will literally be a call center for python bugs. Pyladies Kampala is a busy place, mentors are on call sorting and responding to technical questions,” says Joannah.

For the next few years, Joannah will be working on providing Eclipse OMR support to python at the IBM Cas-atlantic center in New Brunswick Canada.

Before this, Joannah will join the Recurse Center in New York for six weeks to hack on open source full time.

Joannah is currently finishing up her book on Python and Kubernetes to be released this year (2019).

Four ways to stay online despite a social media blackout

The solution to African problems lies in us taking responsibility